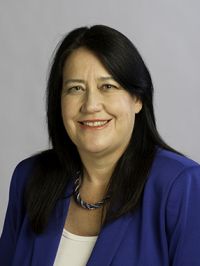 I attended Queen’s University where I obtained my LL.B. in 1994 and was called to the Bar in Ontario in 1996.

In 1993, while at Queen’s University, I was awarded the Reuben Wells Leonard Prize in Family Law for having the highest grade in the Family Law course that year.

I have practiced exclusively in the area of Family Law for more than 20 years. From May 1996 to July 2003 I was employed as an associate at a Family Law firm in London, Ontario. I completed my Collaborative Law training while practicing in London, Ontario. In August 2003 I relocated to Durham Region and opened my own firm in Oshawa, Ontario where I continue to practice Family Law as a sole practitioner. I have been a member of the Office of the Children’s Lawyer legal panel since April 2004. In December 2010 I was appointed as a Dispute Resolution Officer in the Ontario Superior Court of Justice, Family Court in Oshawa.

Please do not hesitate to contact the office by e-mail or telephone if you would like additional information.